Kanye West’s claim that George Floyd’s death was caused by a fentanyl overdose rather than police brutality has sparked outrage across social media.

During an appearance on the Drink Champs podcast on Sunday, West, who has legally changed his name to Ye, continued his ongoing spree of controversial statements amid his antisemitism and “White Lives Matter” backlash.

Speaking with Drink Champs hosts N.O.R.E. and DJ EFN, West, 45, spoke about watching Candace Owens’ new documentary The Greatest Lie Ever Sold: George Floyd and the Rise of BLM, the premiere of which he attended last week.

Written by Candace Owens, the documentary re-examines the “racially-divided aftermath” of the death of Floyd, a Black man who died while being restrained by then Minneapolis police officer Derek Chauvin in May 2020. His death sparked global protests and debates about racial injustice and police brutality.

The death of Floyd drew nationwide outrage after a video circulated online showing Chauvin kneeling on Floyd’s neck for more than nine minutes as he gasped for breath.

However, West went against the homicide ruling, alleging in his interview that Floyd died as a result of having taken fentanyl, a synthetic opioid used as a pain medication and noted for its potency.

“They hit [Floyd] with the fentanyl. If you look, the guy’s knee wasn’t even on his neck like that,” said the rapper and fashion designer. “They said he screamed for his mama; mama was his girlfriend. It’s in the documentary.”

As the reaction to West’s comments circulated across social media, civil rights attorney Lee Merritt said that Floyd’s family is mulling a lawsuit against the star.

“While one cannot defame the dead, the family of #GeorgeFloyd is considering suit for Kanye’s false statements about the manner of his death,” Merritt wrote on Twitter. 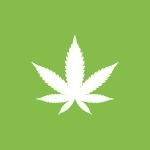 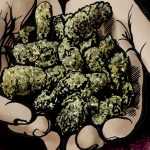