The bail plea of Bollywood superstar Shah Rukh Khan’s son Aryan Khan in connection with a cruise ship drugs bust case was rejected by a special court in Mumbai on Wednesday.

This was Mr Khan’s fourth application for bail since he was arrested by India’s top drug enforcement agency, the Narcotics Control Bureau (NCB), 17 days ago. The bail applications of two other persons who were arrested along with Mr Khan — Arbaz Merchant and Munmun Dhamecha — have also been rejected.

An hour after Mr Khan’s bail application was rejected, his lawyers moved the Bombay High Court to challenge the lower court’s decision. The matter will likely be brought up on Thursday before Justice Nitin Sambre, according to the legal news outlet Bar and Bench. 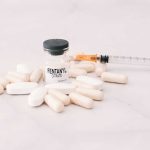